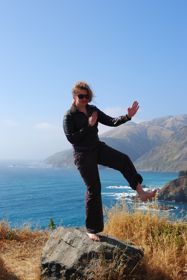 First things first, mandatory self-imposed guilt trip: I FAIL at reading. I will do better soon! At least I’ve started reading the Economist again, which should count for something.

Back in high school I was the type of kid who enjoyed her surroundings and didn’t worry too much about the future. Some of the other students at my school attended college fairs their freshman year, others spent their weekends at debate tournaments, and I did my best to cope with the fact that I was in freakin’ high school. I played between two to three sports a year, took extra classes and invented tutorials for fun, dabbled in drawing, painting, photography, and improv acting, and- perhaps the most time consuming activity of them all, pined over many a boy, as demonstrated by semi-emo, post-midnight poetry scribbled into my diary.

How anyone at the age of 15 or 16 could possibly know what they wanted to do for the rest of their lives was beyond me. I barely knew what I was going to do at the weekend (some things never change). Occasionally my more ambitious friends would pester me with questions about where I wanted to go to college, which would result in my having a minor freakout sesh.

Why hadn’t I cared more about improving my GPA, or joined more clubs, or taken AP lit instead of taking extra electives in Chaucer, Shakespeare, and creative writing (which led to me winning an award senior year in English BTDUBS, bam!), or? Why did other people want to move away from home? Was I really so strange for liking my parents and for knowing that I could obsess over a band and get away with it because I was still a teenager?

The freakouts never lasted long. I’d moved enough times by that point to understand that life’s little bits and pieces pull together eventually, some more easily and quickly than others.

Instead of drawn out plans I tend to have moments. Either I’ll reach a place, read a sentence in a book, or meet someone new and think to myself, “Yes! This is me.” In other words, “Eureka!” There will be much debating prior to the moment, many dilly dallyings and doubts. Perhaps my life could be summarized as the moments and periods of waiting in between.

An example of a moment would be my first experience with Trinity College (Connecticut) where I went for undergrad. During the summer of 2002, My mom and I embarked upon a tour of liberal arts colleges on the East Coast. I still had no idea who I supposedly was (did it matter?) or where I belonged. After one information session after another I quickly determined what I most certainly did not want from a school- a heavy core curriculum? No thanks (isn’t the beauty of liberal arts the ability to choose?). I didn’t want anything to do with Pennsylvania and thought Maine seemed a bit far away from everything. Then we got to Trinity and I had that moment. I fell in love with the campus, imagined myself eating at one of the cafeterias, and wanted to be one of those students lounging on the quad. I figured I could deal with the salmon-colored pants and the pearls as long as I could have an old chapel and a strong history department within a five minute walk from my dorm. As we left I told my mom, “I’m coming back here.” Apparently Trinity felt the same way because I matriculated into the class of 2007.

Do I think I could have been happy at another school? Of course. Did I ever regret the fact that I didn’t do more research about other schools after visiting Trinity or try harder to get in somewhere else? Nope. I never, not even for a second, considered the possibility of transferring. Whenever anyone asks me how I enjoyed it, I always answer that I loved it. These moments of mine are pretty damn incredible.

It had been a while since my last one, but I finally had one tonight. It may involve going back to school again (crap)…and taking the LSATs in October. It’s an idea I’d previously considered but could never commit to. I’d prevented myself from thinking about it since graduating from the LSE because the idea of studying more, and for a long time, is exhausting. But now it’s all I can think about and I plan to hunt it down.

I went to a Trinity careers networking reception this evening and wound up chatting with one of the panel members, who happens to be a partner at a fancy pants law firm in SF. He’d also studied history at Trinity- we’d even had one of the same advisors! Imagine, he experienced one professor at the start of his career and I experienced him on the verge of retirement. He urged me, while insisting that he wasn’t, to think about law and I laughed the thought off instantly. “It’s not for me,” I muttered. Then I went home and realized how wrong that statement was. Maybe it wasn’t for me, once upon a time. There certainly wasn’t anyway I could have handled it after graduating from Trinity. But I’ve since made my way to the (freakin’) LSE and survived. I know I can handle the workloads because I’ve already faced them.

Here are a few reasons this makes sense:

-I get excited about cyber laws and digital copyright.
-I think doing research and writing about it is fun.
-My friends don’t call me “Sassoline” for nothin’- I like to argue.
-Having a background in History of International Relations, Law, and social media, would make me an official badass (international and/or technology law here I come!!).
-I have a pretty sweet memory, which has caused my friends much frustration on numerous occasions.
-I don’t like it when rules aren’t followed properly (i.e. the car MUST be sighted before “shotgun” can be properly claimed).

You may think this is a pretty big decision to have made within a few hours, but remember, once I have a moment I have to give in to its power. The moment never (or rarely) fails. And really, there wasn’t ever so much a question of me not wanting to pursue this but of me not being ready. Now I am.